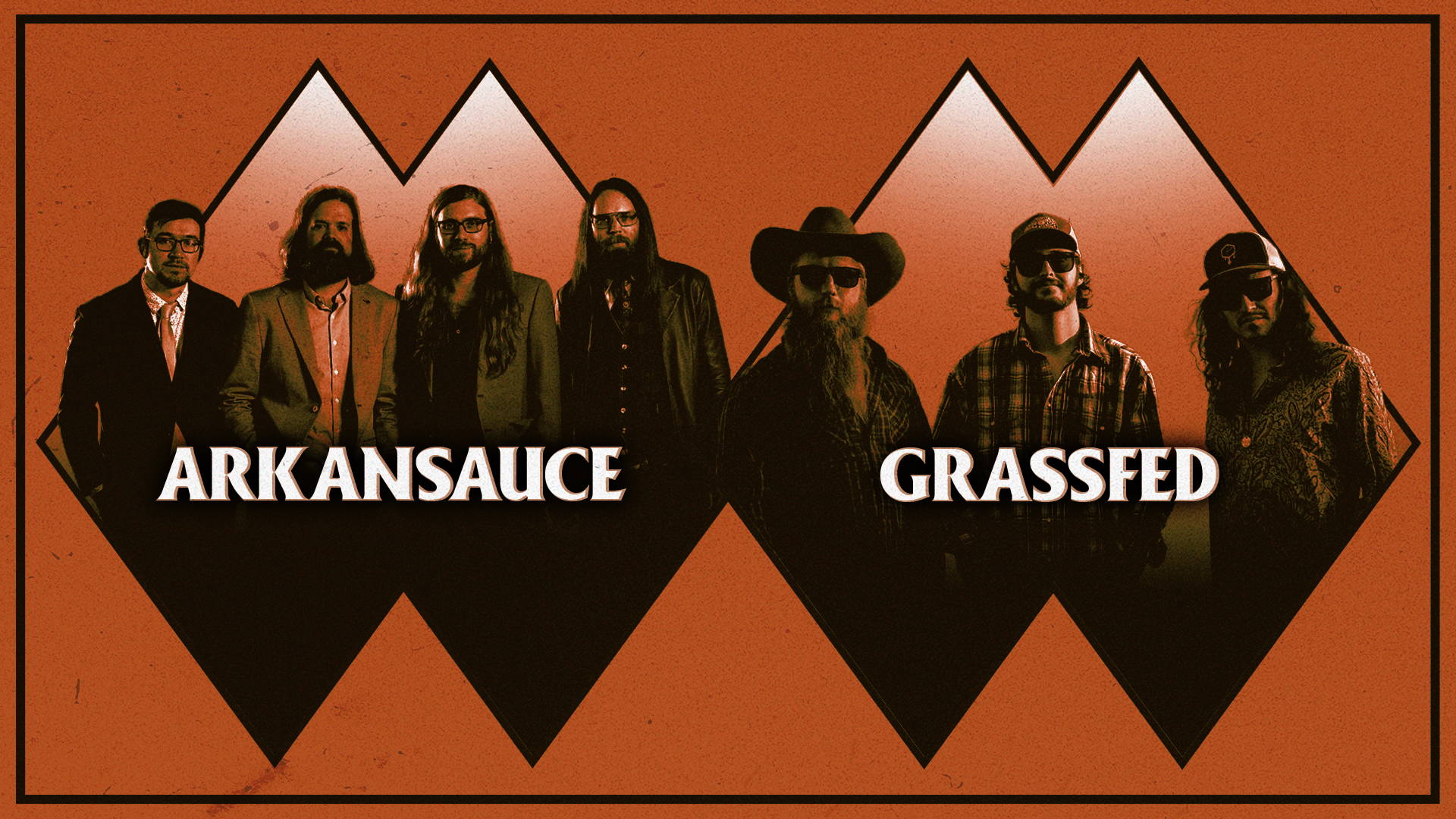 Arkansauce is a genre-hopping, four piece string band from northwest Arkansas, bending the rules and blurring the lines between bluegrass, newgrass, folk, americana, country, blues, and funk. With a loyal following growing every day in the Natural State and along their tour routes, the band is proud to be stepping into a hard-driving sound unique to the Arkansas quartet.
The third album (If I Were You, released April 2017) of all original material finds the palate expanded with more complex melodies, intriguing rhythms, and hard-hitting hooks that leave the songs whirling around your head long after the listening experience.

The hard-working musicians are filling the calendar with upcoming appearances at premiere music festivals and venues in and around Arkansas, Oklahoma, Texas, Mississippi, Colorado, New Mexico, and Missouri. The band’s roots go back to 2011 when founding members Ethan Bush, Zac Archuleta, and Stephen Jolly began writing together after becoming acquainted through mutual connections in the close-knit Fayetteville music scene. After a couple of years building a repertoire of original music and releasing their first album (Hambone) as a trio, they were joined by Tom Andersen on the upright bass and Adams Collins on the five-string banjo. The road-tested chops Andersen and Collins brought to the table helped to cultivate the mature, well-rounded sound needed to accommodate their sophomore release “All Day Long.”

An Arkansauce show is riddled with improvisational guitar, banjo, and mandolin leads, paired with powerful harmonies and heart-felt songwriting, all held together by deep foot-stompin’ bass grooves. There’s an undeniably intimate connection between the band and their fans that’s contagious and leaves everyone in front of, and on the stage wanting more. Arkansauce holds their head high, as they look forward to enjoying everything life and music has in store for them and their fans.

Grassfed is a quick-picking string band. Pivoting on the foundation of bluegrass, Grassfed entwines tradition with an eclectic array of influences. Forged by songwriters and driven by instrumental conversation, the band brings a punching sound all its own.

Grassfed is among top bluegrass up and comers– releasing their debut album January 2017, and touring nationally. With a non stop mind set, and ever growing fanbase– Grassfed shows no signs of slowing down. Check out content and tour dates below– contact to bring the new sound to your town!